Stories for all time: The Icelandic Fornaldarsögur

Stories for all time

Stories for all time is a research project based at The Arnamagnæan Institute, a research centre within the Department of Nordic Studies and Linguistics at the University of Copenhagen. Principal funding for the project was provided by the Velux Foundation in the period 2011-2015. The project’s aim is to survey the entire transmission history of the Fornaldarsögur Norðurlanda (generally known in English as ‘mythical-heroic’ or ‘legendary’ sagas), some 35 late medieval Icelandic prose narratives dealing with the early history of mainland Scandinavia, before the unification of Norway under Haraldr hárfagri and the settlement of Iceland in the late 9th century.

The project’s chief deliverable is an electronic catalogue of all the manuscripts in which fornaldarsaga texts are found, containing information on their format and layout, the other texts they preserve and when, where and by and/or for whom they were written. The total number of manuscripts in the catalogue is 1049; a quarter of these were not previously known to scholarship. Ancillary to this is a fully searchable bibliography of editions, translations and secondary material pertaining to the fornaldarsögur. Both the catalogue and the bibliography are regularly updated and available on the present website. 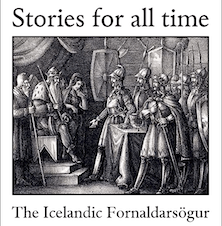